Fall Is Upon Us

As a guest at the Comstock Premier Lodge, the first sign of the change of seasons occurs on the deck.  The only sounds we hear on the deck are the birds and breathing of bison below us as they peacefully graze.   Suddenly the warm and slightly humid air turns to cool and crisp and new sounds come about.  The Elk begin to bugle!   Hearing the deep,  yet high piched bugle of the illusive Wapiti Bull as he belts out a threat to his fellow suiters and rounds up his group of cows,  is a sure sign of the changing season.   Come enjoy the sights and sounds of the changing seasons!

The Elk are roaming on our 3,000 acre ranch filled with cedar trees, steep canyons and deep ravines.  Throughout the year we often wonder if we have any elk at all!  Finally, fall arrives and suddenly out of nowhere they stand out in the open and begin to bugle and roam about.  This is a fabulous time to hunt. During the winter months the elk continue to present themselves and are often seen in the mornings and evenings.   This is a super fun and challenging hunt for the whole family.  Book now for your trophy or management elk hunt!

It's a very normal day for Mitch and I to process and prepare either a bison or elk for butchering.
One of our neighbors thought we needed to have a beef!  Not sure why! He delivered her and we fed her out for over a month.  Things have been busy!  It's hunting season!  Yesterday we finally had time to take her out,  and prepare her to butcher.  Ohhhh, the smell...dang!!!  We prep bison and elk practically on a daily basis and the smell is never offending!  I got my eyes opened yesterday to two things.  First, the smell is awful and second was the astounding amount of fat on that calf!  She had at least 3 inches of fat on her brisket and throughout her entire body !

We have a lot that's new around here!

One thing we don't have around here is the VIRUS!  There are no cases here and it is honestly business as usual!  Unfortunately, the Governor shut down spring turkey to non-residents and that was extremely painful financially!  We had to cancel 54 hunts!  So sorry to those hunters that look forward to coming for a full year and then this happens!

We are in full swing with our summer B&B and have been very busy.  Folks are traveling and thank God they are coming here!  Yep, come get away from the daily grind and see what's new!  Well, what's new can be seen on our tours.  Babies everywhere!  Have you gotten within feet of an elk or bison baby before?   Now is your chance!
Book a tour now!

Image may be subject to copyright 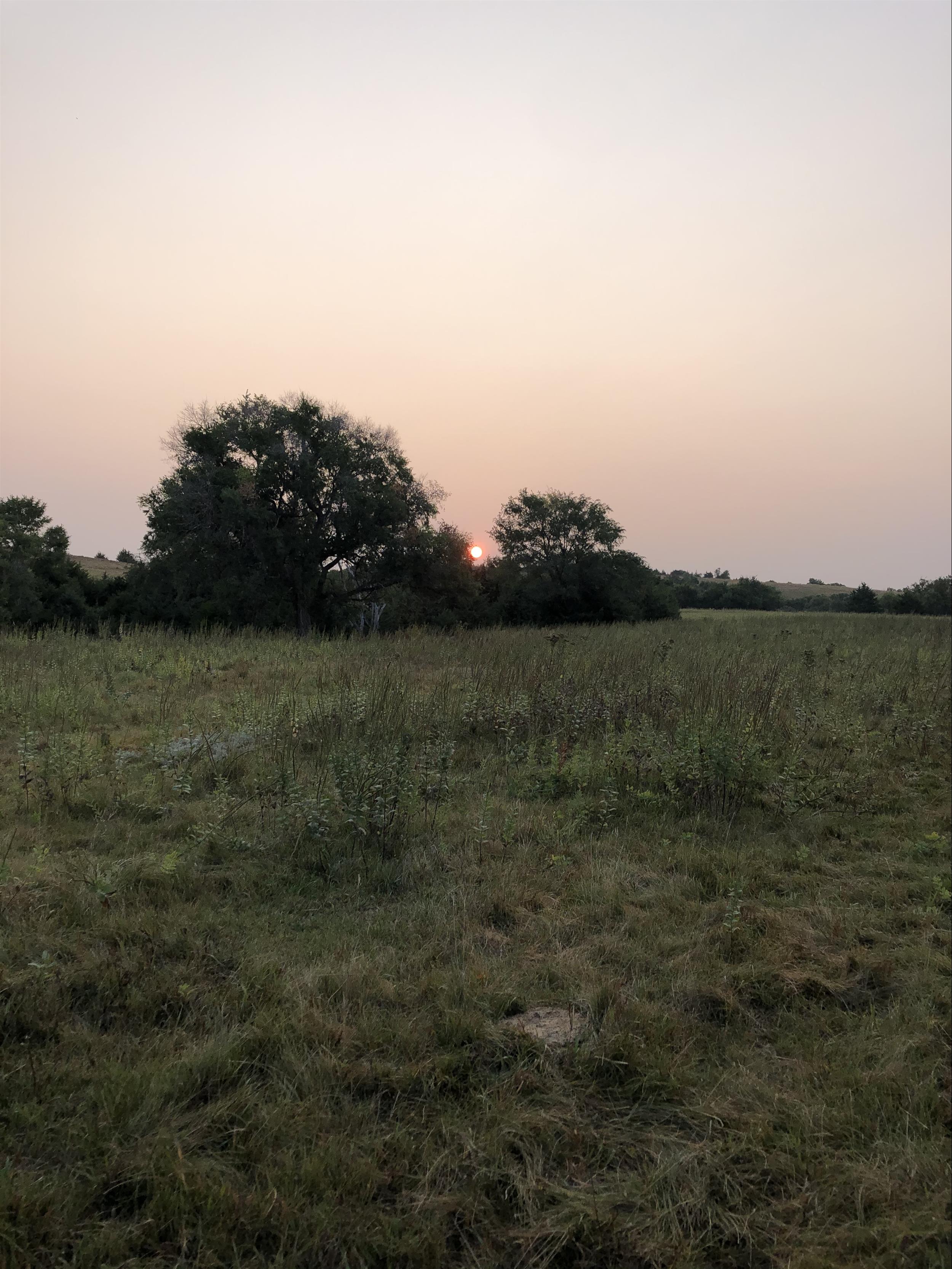 Although these terms are often used interchangeably due to their similar body structure and coloring, they are actually different animals.

Both bison and buffalo are in the Bovidae family, along with sheep, goat and domestic cattle. One can spot bison from a protruding hump near their shoulders and long goatee. Their horns are shorter than a buffalo's, and they have larger heads, as well.

There are two types of buffalo: those native to Africa (African or Cape buffalo) and Asia (water buffalo), the latter of which were introduced in Europe (think buffalo-milk mozzarella). Bison are found in North America and Europe.

Gentle giants they are not

It's close to fall and things are cooling down.  The bull elk are coming out of hiding and looking for a mate.  I suspect, the Bison are close to the end of breeding!
We had our first Management Elk hunter, and the weather was actually freezing!  Or, maybe I'm just not used to going from 90 degrees to 40 degrees overnight!   Our hunt was successful and the Bull Elk were out enjoying the cool morning.  I have to admit that I was a bit worried.  I've been doing morning tours and have not seen even one bull elk in at least 3 weeks.  Just shows you that the weather is very critical.  They do not come out unless it is cooler, and that's usually after dark or before daylight.

We were hurt with the loss of non-resident turkey hunters in April and May, but the entire summer has been slammed with travelers!  Now we are headed into one of our busiest hunting season ever!  Thanks to our return B&B guests and hunters!  You truly help our business thrive and we love having you back!  A lodge alive is worth the drive!

What's new around here?  Well, we're safe and sound in our own little remote world!  Social Distancing is something we do naturally!  We're so remote that there is little "unscheduled" activity!  Sounds boring right?  Nope, it's just what most of our visitors are looking for!  Quiet, secluded and extremely peaceful!

However, it's freezing right now!  Most of the nation is experiencing extremely cold temperatures so we thought we should follow suit!

Due to Covid Mitch and Rox could not attend the many hunting shows they normally do every year and with this cold weather, it's not a bad thing!

Check out our new summer specials on the website.  Book soon as these will book up really quickly.  Yep, people want to get out!
Image may be subject to copyright 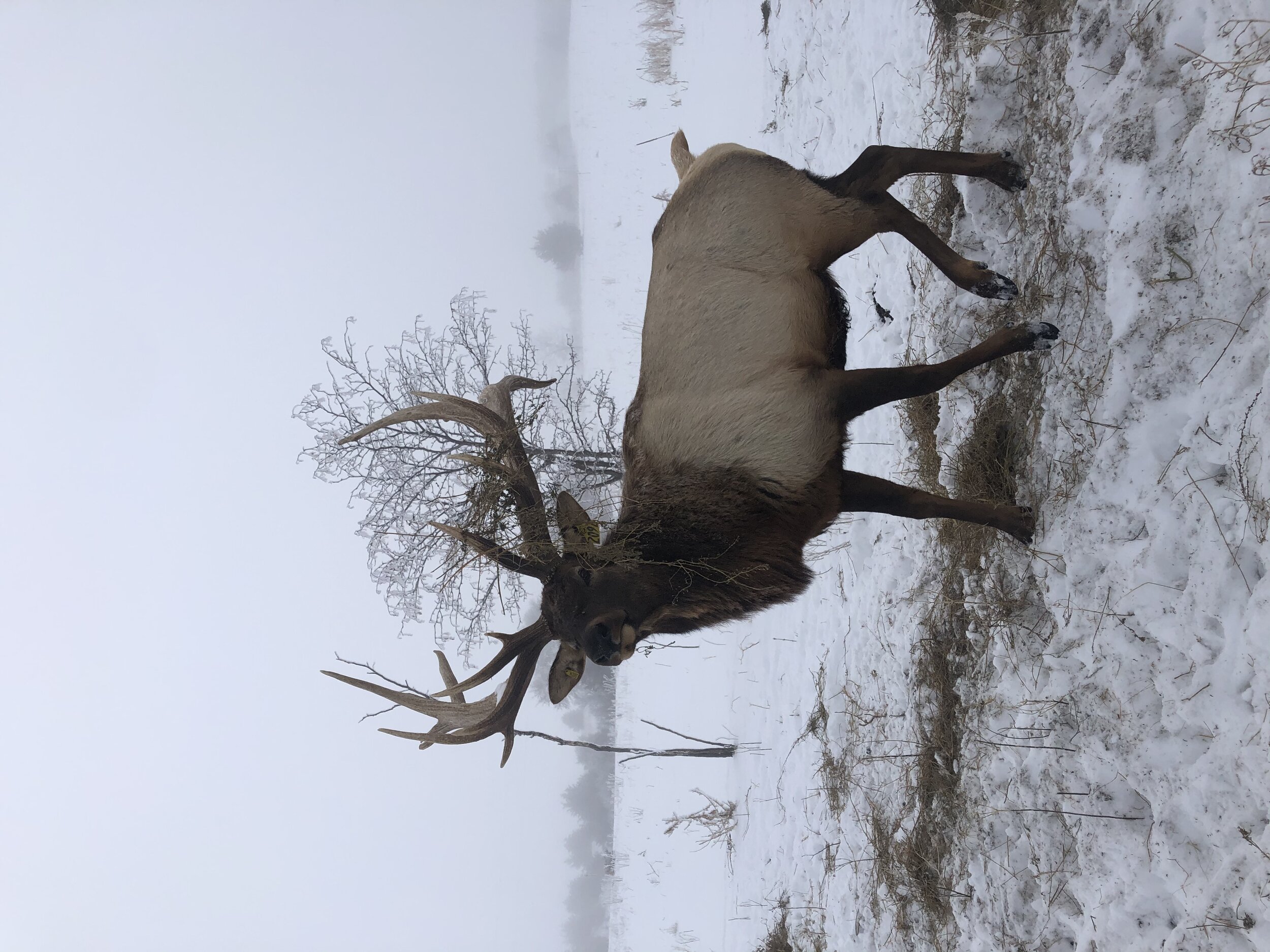